Pedro das Neves
Chairman of the Board 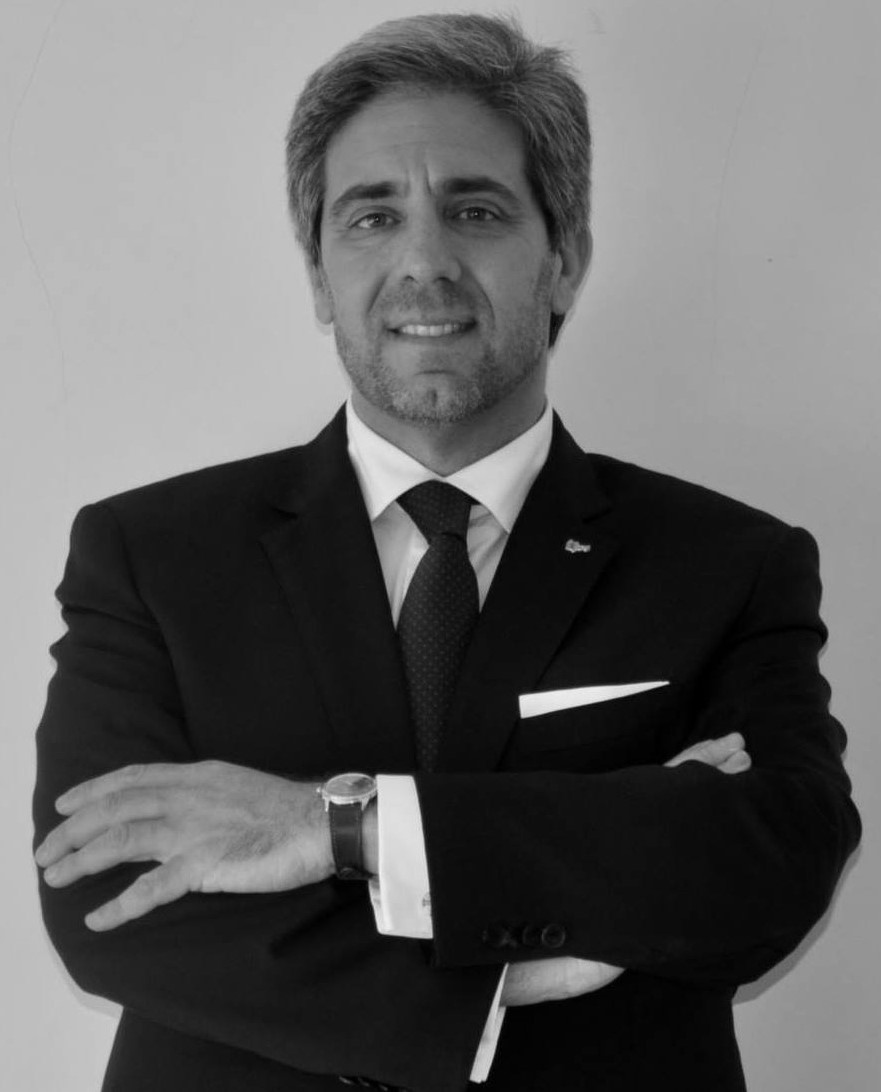 Holding a Sociology degree and an MA from the College of Europe in Bruges, he is undertaking a Ph.D. research on Public Policy at the Sociology and Public Policies School of ISCTE – IUL Lisbon University Institute. Pedro is a board member of the BSAFE LAB Law enforcement, Justice, and Public Safety Research and Technology Transfer. He is also a guest lecturer at ISEC and has been a member of the scientific coordination team of DEIA – Specialization Degree in Organizational Learning and Innovation at INA – the Portuguese National Institute of Public Administration. He has been working on public administration reform for 20 years in several European countries. He has been a policy advisor and coordinated major project implementations in Portugal, Romania, Argentina, and Guatemala, also supporting specific projects in other countries. Pedro has been involved in the design and implementation of pilot projects that have received awards and were recognized as best practices. He holds extensive experience as a policy advisor (EU policy, including prison systems modernization, prison work, re-settlement and ICT, international cooperation). On behalf of IPS, he has been invited as a guest observer at the European Commission and Council of Europe meetings and as a speaker in several international events organized by the Council of Europe, ICPA, EIPA, European Commission, and governments from the different Member States. Pedro is an ICPA member. He is involved in the public policy and governance sector. 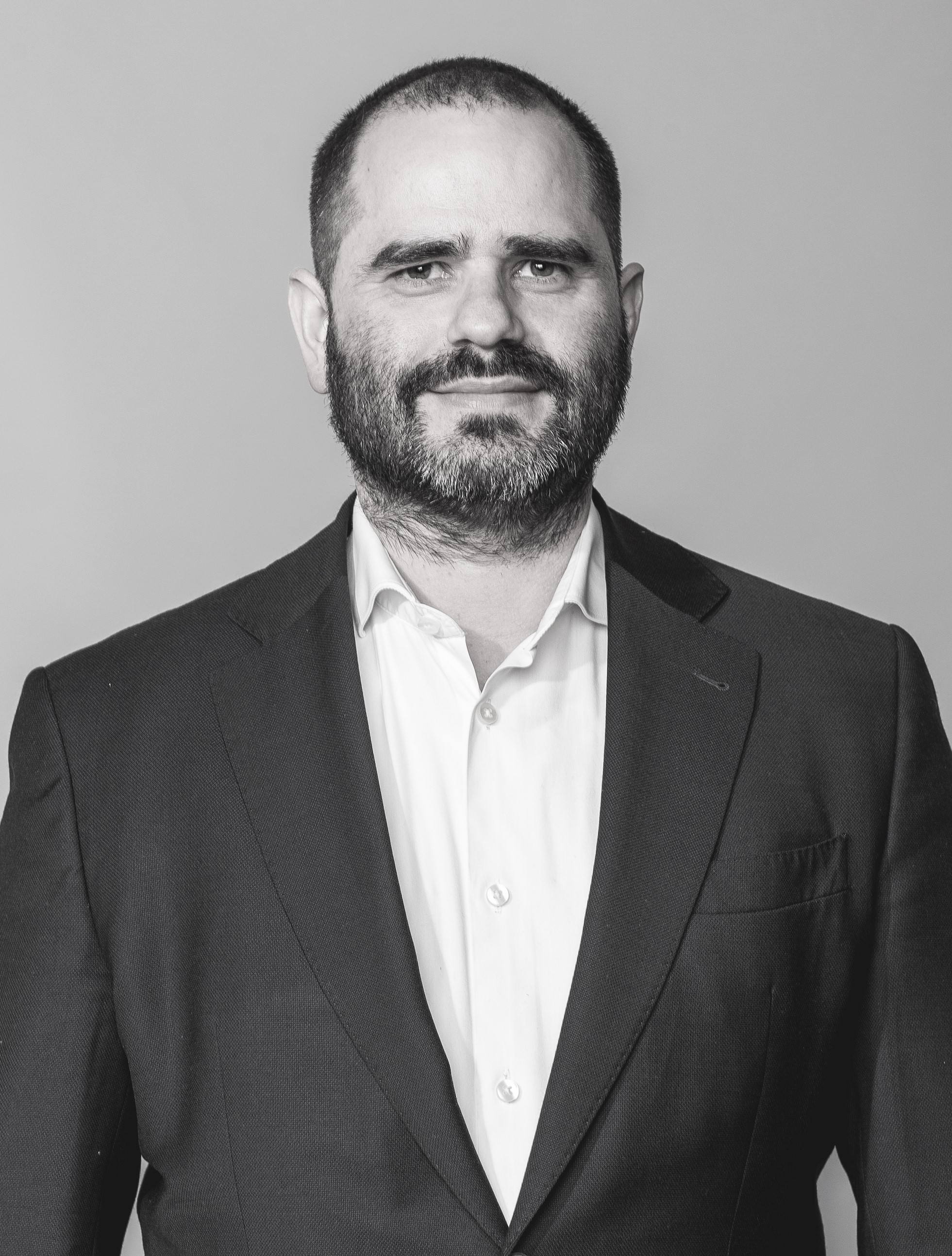 Holding a degree in Social Work (Portuguese Catholic University), and an MBA from The Lisbon MBA, Tiago has been involved in project management since 1998. He has a 15-year of experience in management, consultancy, social innovation and reintegration, and knowledge transference. He also owns expertise in policy and strategy, namely in the social economy, training, and volunteering. He has been working in the development and implementation of penitentiary-related projects since 2003, having “Rumos de Futuro” been his kick-off experience in this field. This strategic project aimed to innovate on multi-agency work towards inmates’ reintegration in Portugal. In Romania he has been involved in the “Credem in Schimbare” and Itinerariul Dialog (both projects that have received awards and have been considered good practices). Tiago has been leading the concept development and management of innovative projects in the field of social economy and entrepreneurship (IDEIA – women entrepreneurship), social business plans, strategic organizational plans, education, training, and mentoring (MOMIE – Models on Mentoring for Inclusion and Employment and MEGAN – Mentoring for Excluded Groups and Networks). Presently, Tiago is the head project manager of several projects that EaSI is involved in, as a partner. Since 2003 is engaged in intense international work, mostly in Europe, in different areas of knowledge, collaborating in different networks and in the organization of events, research, and publications: “Employers Engagement in inmates reintegration”(Rumos de Futuro, 2007); “Seven Steps towards Inmates Reintegration” (Rumos de Futuro, 2007); “Design and Delivery of Volunteering in the Criminal Justice Sector” (JIVE, 2014), etc. Besides his position at EaSI, Tiago is the chairman of the non-governmental organization APROXIMAR and a board member of IPS. He is involved in social dialogue and social movements actions and responsible for social inclusion, technology, and social digital innovation programs implemented within the association.

Rodica is the CPIP director, expert in finances and accounting, and the manager of several co-financed projects since 1998. She is specialized as a trainer for interethnic communities and is a master trainer in the dialogical method. In 2005, she founded the Association Center for Promoting Lifelong Learning, and until today, together with her team, she is running around 85 European projects on different topics and for different target groups. Her major specialization is economy, but she has always been attracted by the NGO sector, developing programs and projects, teaching, and training. In her free time, she likes reading, writing, and interacting with people. She is involved in actions from the social entrepreneurship and education sectors. “I think we continue to learn daily, and life itself is about lifelong learning!”.

Elena holds a bachelor’s degree in Social Work and a master’s degree in the Management of Health and Social Services, from the University of Bucharest, Romania. As a volunteer, she has interacted with several NGOs and public body institutions and collaborated with them on the implementation of different European projects. Since 2012, Elena started to participate in youth exchanges around Europe, gathering information about the importance of diversity, multiculturalism, and the development of the communities. She joined the EaSI team in December 2017, and since then has been involved in project management, as well as in research on social innovation domains such as the social economy field, employment of people with disabilities, informal caring of people with dementia. Elena is actively engaged in the implementation of several projects.

Ramona is our Assistant Project Manager, with a bachelor’s diploma in Political Science and a master’s in Policies of Chance Equality in the Romanian and European context. Since her early academic path, she got involved in various activities of raising awareness about democratic participation and social inclusion, a fact that made her approach the civil society from the side of implementers of activities. Ramona truly believes that change starts with the actions that we take by ourselves. Grace to her intention to become a world changer, she got involved in several international experiences, such as youth exchanges, international volunteering, work abroad, or Erasmus scholarship.

Learning about social integration and human rights protection provided her expertise about social inclusion using both formal and non-formal methods, she has varied experience in the NGO field regarding this area.

With a BA in Human Resources and pursuing a MA in Marketing within the Faculty of Sociology and Social Work at the University of Bucharest, Laura has a professional background in both the non-governmental and private sectors. She has been involved in social research projects, as well as in communication activities. Currently, she is a Community Development Researcher at the European Association for Social Innovation. Laura is a passionate communicator, a human rights advocate, and a diversity promoter, having worked with vulnerable groups from marginalized communities and fighting for gender equality through various local initiatives in Romania.

Florin has earned a BA in history and an MA in development cooperation and humanitarian aid.  He has a special interest in development economics and their integration into project-based interventions.  Besides involvement in different projects established in Romania, he has accumulated experience in the private sector, namely in consultancy related to development cooperation, and in international diplomacy. He has now recently joined the EaSI as a financial secretary.