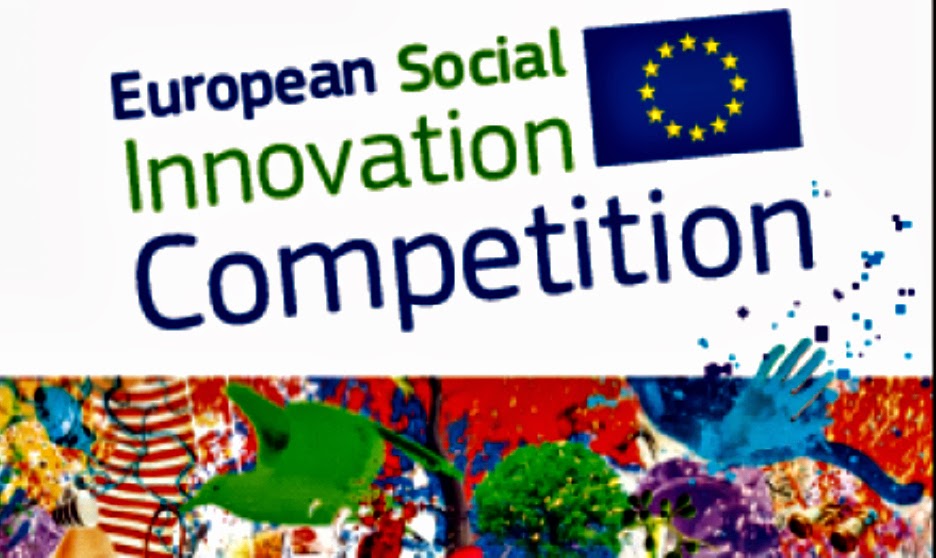 A couple of days ago, the European Commission chose the ten finalists of the second Social Innovation Competition, a contest launched last year in memory of Portuguese computer scientist and politician Diogo Vasconcelos. The contest was set up to encourage and reward social innovations that have a real impact on helping unemployed people get jobs or create new opportunities for work across the Union. The ten project were selected among over 1,200 proposals and three of them will each be awarded with a prize of €30,000 at the European Social Innovation Awards Ceremony, that will be held in Brussels on 20 May 2014.

Though not strictly “technological”, most of these projects have some tech in them, mainly in the use of the Internet as a social interaction platform, and, in some cases, in the development of innovative recycling processes to produce new stuff from waste. See below a quick summary of the proposals.

1) Many organizations, especially startups and smaller businesses, often have a need for an extra pair of hands to help with spikes in staffing needs – for example event admin and support, managing data, general office admin tasks, desk and field research. Task Squad is a mobile-responsive platform from Uk charity vInspired which introduces young people, eager to undertake paid work, to organizations who are looking to fulfil short term staffing needs – anything from half-a-day to one-week duration. The platform will support young people to seize such opportunities in a safe way, whilst helping them move on to longer-term employment.

2) From waste to wow – Slightly damaged textile cannot be used for top brands. Still it could provide social value and highly marketable products through recycling. Progetto Quid (Italy) aims at recycling this first quality waste into limited collections thanks to the work of women from disadvantaged backgrounds, wo will benefit from on-going sartorial training from qualified teachers and carry out hand-made restyling according the highest standard,converting unused scraps into unique creations in a smart, environment-friendly and fashion-savvy way.

3) In Germany, as of 2011, 85% of food sales were done by just the biggest four national food chain companies. And in the following years the situation hasn’t changed and it’s very similar in most European countries. This powerful position of retail chains means that it is hard to nearly impossible to found an independent food retail business over there, and consumers often get to pay much higher than necessary prices. Epelia.com wants to launch a Pan-European Food Distribution Network (http://socialinnovationcompetition.eu/407/) to circumvent this situation by linking producers to consumers directly with a webshop portal and with a novel, low-cost and Europe-wide logistics system.

4) Ruffboards (Austria): top-end niche markets usually offer high potential for jobs. Ruffboards intends to produce uniquely designed longboards, skateboards and snowboards by employing young former offenders. This will reduce re-offending rates by training and placing them within the industry upon their release from prison. After the initial launch in the Austrian market, Ruffboards has already manufactured and sold a dozen prototype boards. The team is now in advanced discussions with a major snowboard retail chain around a strategic partnership for upcycling and re-selling used snowboards.

5) MC² – The Multi Company Mobility Centre (MC²) project (Belgium) is a social innovation initiated and driven by HazelHeartwood, but devised together with a number of large organizations like KBC, SDWorx and Business & Society. They co-created an external platform to exchange experienced employees on a temporary basis. Through co-sourcing between organizations, older employees have the opportunity to use their skills in new environments and thereby be motivated to stay in the workforce longer.

6) ‘YouRock! (United Kingdom): many young people fear that unemployment is their destiny and they may never find work. Yet they avoid established professional networking platforms, while employers increasingly look at them when reviewing potential employees. YouRock will fill this gap for young people with a tool to facilitate their employability by identifying their work skills hidden in everyday activities, presenting them in a dynamic profile and offering endorsements from trusted adults.

7) Grow Enterprise Wales is a social enterprise located in the South Wales Valleys. Through The Synergise Project it wants to redefine the role of social landlords so that they play a greater role in the livelihood of their tenants. The idea is to bring together those who need work (the unemployed tenants) with those who need to deliver services within the community (the social housing providers). Developing this relationship has the potential to create local jobs and provide an entry into the jobs market.

8) The concept behind the Urban Farm Lease (Belgium) is to provide training, connection and consultancy so that unemployed people take advantage of the large surfaces available for agriculture in Brussels (e.g. 908 hectares of land or 394 hectares of suitable flat roofs). Urban agriculture could provide 6,000 direct jobs in the city, and an additional 1,500 jobs considering indirect employment (distribution, waste management, training or events).

9) All major cities in Europe have “voids” which are units of social housing that are empty because city councils have insufficient budgets to make them into viable homes. Voidstarter(Ireland) will convert empty social housing (“voids”) into temporary learning spaces and entrepreneurship labs that provide unemployed people with new skills and capacity while bringing the voids back into use for homeless people. The project will be initially tested in Dublin, a medium sized city with approximately 400 void units. (10-15 of them will be used for the pilot).

10) Every European produces on average more than 500 kilograms of waste each year. The idea of the ‘Waste-Fab-Lab’ is to create a fab lab network that – through innovative co-design activities – can use waste before final disposal, in order to create new smart products or restore, by repairing, the original use of these materials. People employed in the project will be those belonging to marginal groups: over 50s, migrants, mothers, people with mental or physical disabilities.